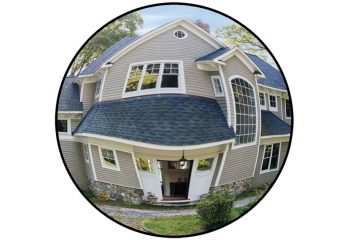 Are we approaching another Real Estate bubble?

Housing prices in most parts of California and the country have returned to or exceeded previous highs attained in the 2006-2008 market peak, and many are beginning to ask if we are in another bubble that will see a collapse of housing prices similar to what happened 10 years ago.

My sense of the market is that we are not in danger of a collapse in housing prices, but we face a much more insidious problem.

10 years ago home prices were escalating rapicly and people felt they needed to buy now or be left out of the market. The home finance industry created some very innovative loans that allowed people to qualify to buy homes they simply were not qualified to pay for. When interest rates rose, many of these loans went into foreclusere which blighted neighborhoods and drove prices down almost universally. Homeowners who thought they could tap equity in their homes for an emergency, suddenly found out they had no equity, or, worse yet, they had a negative equity.

it has taken the housing market 10 years to recover from the bust. But the recovery is based on sound methods. The easy loans are gone. Jobs are coming back. As more jobs are created, there are fewer people unemployed, so companies have to pay more to attract employees, and the average wage has increased. So, todays home prices are based on a real demand by qualified buyers. The problem is that there is no new housing being built and the principle of supply and demand is at work.

It is estimated that California needs to build 5 million new homes by the year 2025, in order to meet pent up and future demand for housing. That is roughly 700,000 homes per year. We are currently building at a rate of 100,000 homes per year. Since there is more profit in larger more expensive homes, the builders tend to put their resources into building those homes. So there is very little product coming on the market for the first time or low income buyer, and since there is not enough product being created to meet demand, the buyers are all competing for the “lower priced” homes, and the result is that those homes are priced out of the reach of first time and low income buyers.

The San Francisco-San Jose market is expected to be the hottest market in the country this year. While the average California home at $527,800 sells for twice the price of the average home across the nation, ($247,800). the average home in San Francisco ($1,500,000)sells for 6 times the national average. San Francisco has picked up 500,000 jobs since the recession. It has built 51,000 homes in the same time period. So, in the last 10 years there are somewhere between 5 and 10 people who need and can afford to pay for each new home built in the city. These are in addition to those who were already there looking for homes. In LA and Orange County the ratio is 4 new jobs for every house built. Not as compelling, but still the same situation. It now requires a $300,000 income to but the average house in San Francisco.

What happens to those who live and work there and who do not make that much money?

They can rent, but increasing home prices drive rents up at the same or faster rates.

They can move away from the epicenter and commute to work. This is like a pebble dropped in a pone, it causes prices to rise to lesser degrees in outlying areas. Scotts Valley and Santa Cruz County prices are driven up to a large degree by this exporting of home buyers from the high income areas. The most relief is found by moving to the Sacramento and Central Valley areas, thereby driving prices up in those areas as well.

If you extrapolate the local problem to the state level, the same thing can be observed. Young people who are not established in a community, are leaving the state to take jobs in other states where the housing is not so expensive.

As I said at the beginning, the problem is not that we are facing a bubble, it is that we are in the process of gentrification.

This will present us with at least 2 new problems: How and where do we house the lower income residents?

How do we maintain our leading edge in jobs and technology if employees cannot afford to live here?