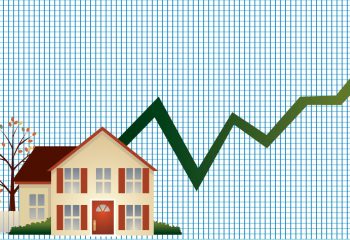 Rates are trending up and expected to be at 5% by year end. But those who feel the sky is falling should keep in mind, that the 30 year historical average rate is 8%.

The market in California remains tight. (The following stats are for February 2018) Unsold inventory is at 2.9 months (6 months is considered a balanced market). Homes are spending an average of 16 days on the market and selling at an average 100% of list price.

Core Logic reports that rents (nationally) increased 2.8% when comparing January 2018 to January 2017. The significance of this number in my mind is that it is only half the rate of growth of home sale prices, and it may signal a lessening of upward pressure on both rental rates and home prices.

I have little detail as to how these rates break down, but the Bay area was not one of the 4 metro areas with the fastest growth.

Marcus & Millichap suggests this is due to construction of new apartment units which hit a 25 year high last year and that new supply has served to absorb much of the new demand in the market. However, vacancy rates are still below the 5.7% average.

The rental market moves in parallel with the housing market. When rents go up more rapidly than home prices, renters have more incentive to move up to home ownership.

If rents tend to stabilize and increase at a slower rate than home prices, renters have less incentive to buy, and this may remove some potential buyers from competing for available homes on the market, thereby reducing competing bids, and reducing the upward pressure on home prices.

Home prices will continue to rise, but this may indicate a slowing rate of gain.

For those of you who fear another real estate bubble (I do not), keep your eye on the type of home loans you see advertised. The last bubble burst because easy financing had made it possible for people who could not afford homes to buy into the market.

These variable rate and no documentation loans are beginning to reappear, but are a very small (less than 10%) of the market.

Positive signs for maintaining the market are continued job growth, and an increase in average income, both of which indicate a growing ability to pay today’s higher prices. (Which are just now reaching and surpassing the peak prices of 10 years ago.)