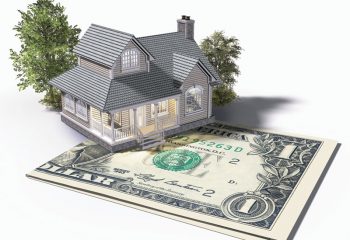 According to Core Logic, home prices increased 6.7% nationally in July of 2017 when compared to July of 2016. This compares to a rate of 7.7% for Santa Cruz County where the average price is now $815,000.
Core Logic sees a market of continuing strong demand for homes coupled with a lack of willing sellers that continues to result in an inadequate supply to meet demand which is pushing prices up. One other factor in the equation is continued low interest rates, which have returned to levels last seen in the Fall of 2016.
Rates for 30 year conforming ($424,000 or less) loans averaged 4.11%.
Core Logic predicts that this combination of strong demand and low inventory coupled with low finance rates, will continue to drive prices higher through the rest of this year.
The underlying cause for this supply/demand imbalance is the inability of the housing industry to build new units fast enough to house the growing population.
Currently, on a national basis, there are about 1.2 million new households formed each year. In addition, there are about 300,000 existing homes that are taken out of service each year for one reason or another. That means we need to build 1.5 million new homes every year. And that is what we averaged for the 50 years ending in 2000.
But in the last 10 years, we have averaged only 870,000 homes per year, indicating that over the past 10 years, we have built 630,000 fewer homes than needed just to keep even. And it is this shortfall that is creating the supply/demand imbalance that continues to drive prices up.
There are many factors which constrain building rates, and for the foreseeable future, there appear to be no economic solutions on the horizon, so at this point, based on projected building for the foreseeable future, we can expect to see housing prices continue to rise for the next 3 years, according to Lawrence Yun the chief economist for the National Association of Realtors.