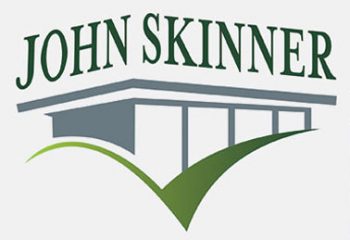 What is a Triple Net (NNN) Lease Property?

In United States real estate business, “net lease” is a term used for an arrangement in which the tenant or lessee is responsible for paying, in addition to base rent, some or all of the expenses related to real-estate ownership. These expenses, often called the “three nets”, are property taxes, insurance, and maintenance. [1] Because the rent collected under a net lease is net of expenses, it tends to be lower than rent charged under a gross lease. Net lease types include single net, double net, and triple net leases, with the term “net lease” often being used as a shorthand expression for any of these arrangements. A triple net lease (i.e., one that is net of all three of the major expense categories) is often abbreviated as “NNN lease”, but is still pronounced as “triple net lease”.

—–Variations of the NNN lease—–

Another variation of the NNN lease is the NN lease or “Net-Net” lease which is pronounced “double net” where the “net” amounts generally are property tax and insurance. [1] Double net leases, like triple net leases, are usually, though not always, single-tenant arrangements, however the landlord carries some extra financial maintenance obligation. Some of the Discount Dollar stores and Auto Parts dealers[5] operate under double net leases, where the landlord is responsible for the roof and structure of the building. The term “Net Lease” is tossed around loosely in the net lease industry, often used when referring to a triple or double net lease; however there is a definite distinction between a triple net and a double net lease even though some brokers erroneously use the term “Net Lease” to describe both. Double net leased investments generally trade at a slightly higher CAP rate than triple net leased investments, because of the maintenance expenses which the landlord is responsible for. Brand new NN Deals with long-term builder warranties covering the roof and sometimes structure can be attractive to investors looking for a higher return.

Though NNN leased investments are considered to be highly risk-averse investments, especially when leased to a national credit tenant, the landlord is still exposed to some financial risk. In the fine print of most NNN leases these risks are specified. For instance, who carries the obligation to rebuild after a casualty (natural disasters included) or whether the tenant must continue paying rent should the property be condemned? In other instances, certain risks (e.g. fluctuations in property taxes) cannot be completely accounted for in the initial contract, forcing the landlord to estimate these costs early on. In this scenario, if the landlord’s accountant does not follow through with changing the invoices appropriately, it may cost the landlord thousands of dollars by the end of the taxable year. Although NNN lease investments carry relatively low risk, they require high levels of oversight for these reasons. In one variation of a NNN lease contract, the “bondable NNN lease” (sometimes referred to as a “true triple net” or “absolute triple net” lease), the tenant cannot terminate the lease or seek any rent abatements under any circumstances, a provision that mitigates some of the risk for the landlord.

Investors can benefit from NNN lease properties in a variety of ways. In NNN leases tenants take on the responsibility of major expenses such as HVAC and roof repairs keeping the operation cost lower for the landlord. Typically, NNN leases have lower rent per square foot rates which increases the tenant pool when a landlord is ready to lease the property. For specific tenants, landlords will frequently modify leases allowing for greater flexibility and higher tenant retention.

Most investors in today’s net lease market prefer an investment that is truly passive, therefore, an absolute net lease is a requirement for many of these investors. Investors prefer to hold these assets long-term, which means there is likely some wear and tear maintenance, as well as a roof that will need to be replaced at some point. With an absolute net lease in , the risk of expenses associated with building maintenance shifts solely to the tenant, allowing the landlord to receive a 100% passive investment.

In its simplest form, a 1031 exchange is a tax deferral strategy for real estate transactions in which a property owner or investor sells one property and purchases another within a specific time frame. The transaction does have to qualify as a “like kind” exchange.

A “bondable NNN lease”, the most extreme form of a NNN lease investment, is often used incorrectly in the net lease industry when referring to NNN properties which are merely occupied by investment-grade tenants. The tenant’s credit rating is a crucial factor which the lender takes into account in their decision to lend on a property and under what terms; however, it is not the characteristic which distinguishes a bondable triple net from a standard triple net lease investment. When evaluating the value of the credit tenant’s credit, most brokers, and lenders, base their analysis on the credit rating garnered by one of the major credit agencies (Moody’s, Standard & Poor’s, Dunn & Bradstreet). Though these ratings are important, they don’t always paint the most accurate picture of a company’s overall picture and future viability. Some brokers offer the services of an in-house stock broker and analyze the credit tenant’s financials and stock performance when the tenant is publicly traded on an exchange. A great deal can be learned by examining the credit tenant’s stock performance in comparison to other industry competitors. Other readily available metrics such as the P/E ratio, PEG ratio, and debt-to-equity ratio can be indicators of a credit tenant’s financial health. Components and values of single-tenant leases The value of a net leased investment is determined by the value of the real estate, the value of the credit tenant, and the value of the lease itself.

NNN lease planning is a rich investment tool which provides the investor with many opportunities to navigate an ever-changing market. NNN lease investments are essentially inflation-protected bonds guaranteed by a credit tenant, rather than a state or local municipality. The tenant makes monthly payments to the landlord, while the real estate (and often rent bumps called for in the lease) provides the investor protection against inflation. Bonds have long been a popular investment tool among retirees and high-income earners seeking fixed income without having to pay taxes for years. NNN lease investments provide similar tax advantages as tax-exempt municipal bonds, without forcing the investor to settle for lower yields or opening the investor up to a large capital gains hit.[13] If an investor were to purchase a bond in the secondary market and turn around and sell it for a profit years later, he would have to pay a capital gains tax on the profit, regardless of whether or not the bond is exempt from state income tax. This is not the case when investing in NNN leases because of the fact that although structured like a bond, they are still considered real estate investments and therefore fall under the same tax laws as such which means that they can be depreciated in the same manner as similar income producing commercial real estate. The taxes on the income they generate can be written off or deferred over the life of the asset. The investor of course has to pay said depreciation back when he sells, however this too can be circumvented by evoking a Starker’s 1031 exchange and trading into another like-kind property. NNN leased investments are also financeable allowing the investor to leverage the credit of their tenant and the interest payments would also be a write-off. In addition to the numerous tax benefits, retirees often choose NNN leases when planning their estate or retirement because of the straight forward nature of NNN lease investments. A retiree can achieve long term, guaranteed, fixed income with rental increases from a simple product and their Heirs will not be overwhelmed by the many complications associated with wealth management.