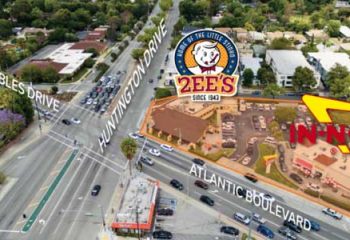 Variations of the NNN lease

Another variation of the NNN lease is the NN lease or “Net-Net” lease which is pronounced “double net” where the “net” amounts generally are property tax and insurance.[1] Double net leases, like triple net leases, are usually, though not always, single-tenant arrangements, however the landlord carries some extra financial maintenance obligation. Some of the Discount Dollar stores and Auto Parts dealers[5] operate under double net leases, where the landlord is responsible for the roof and structure of the building. The term “Net Lease” is tossed around loosely in the net lease industry, often used when referring to a triple or double net lease; however there is a definite distinction between a triple net and a double net lease even though some brokers erroneously use the term “Net Lease” to describe both. Double net leased investments generally trade at a slightly higher CAP rate than triple net leased investments, because of the maintenance expenses which the landlord is responsible for. Brand new NN Deals with long-term builder warranties covering the roof and sometimes structure can be attractive to investors looking for a higher return.